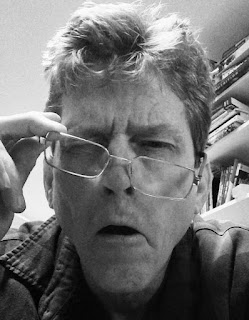 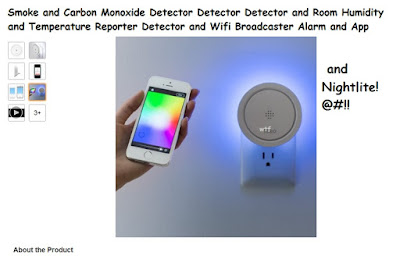 Title? Did I Tell You About My Smoke Alarm?

Or perhaps?
#AmateurWriters: How to Shorten Your Titles:

As an amateur writer I was stumped for a title. But then my practice title became the essay!

Pardon Me if this Seems Redundant But I Detected that Every Home and Car and Wallet and Pocketbook Should Have a Smoke and Carbon Monoxide Detector Detector Detector and Room Humidity and Temperature Reporter Detector and Wifi Broadcaster Alarm and App for Every Room in the House to Go with their Smoke Detectors - Just in Case. http://jamesgraymason.com

Or,
My New Smoke Detector

Or,
Read this if You’re Afraid of Fire

I decided to finally buy a smoke alarm. I got a smoke alarm and carbon monoxide detector and alarm combination. Technically, it is pretty much the standard today. Nothing fancy. Just beeps and a sexy female electronic voice that accompanies each life destroying event says “Smoke has been detected.” And, “Carbon monoxide has been detected.” An update might include  “detected honey,” or “ I detect smoke. Get the fu*k out of the house!” next month.

But then, on my screen just before I made my safety purchase, thank goodness for Amazon. They showed my peripheral vision a picture of a round, white plastic electronic device with wonderful blue lighting emanating from its exterior, smoke and carbon monoxide detector detector. That sends an alarm via household wifi, just beneath the interface I was using the buy the smoke and carbon monoxide detector. “Very cool,” I said to myself. And “I need this.” A backup for the detector.

Addendum; 1 hour later: F*ck it! To simplify this understanding, it is kind of like adding ears to your smoke detector. You can’t have one without the other, or in the example of ears, the others. But this device goes all the way to include more senses and it even shares your alarm with an emergency contact, or more than one! Geez.

The wifi operated automatic 256 color LED light adjuster. Too much. Glad I don’t get paid for writing about a multi functional product.

I’m going to find something less productive to write about.