Lincoln: "Government is the coming together . . " 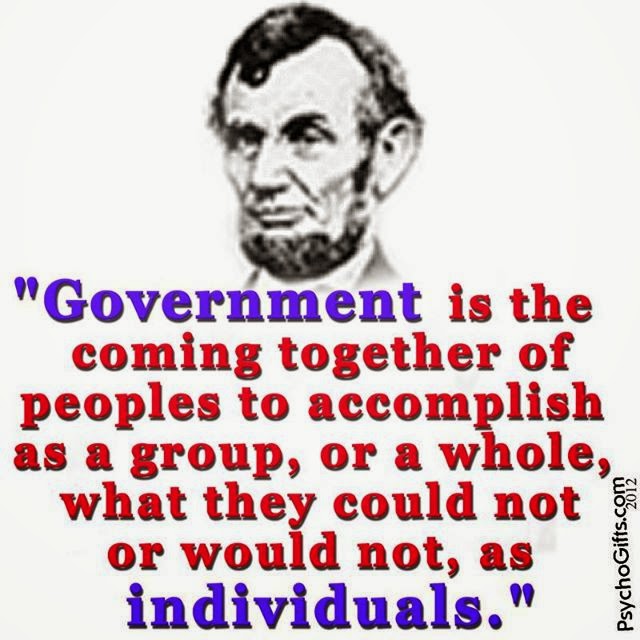 *
Pick a government program you can't stand! Now show evidence that the problem/s addressed by that program, what's solutions were previously unobtainable by ". . groups or individuals who could not or would not . ." can now be handled fairly, within the confines of the Constitution, by those same individuals and groups!

It's a simple and personal test of your understanding of a functioning democratic community!

Go ahead pick a program! Comment your opinion below, based in evidence of course. Simple! I won't comment back!

*Congressman Lincoln gave this explanation to a reporter in his freshman term. It is too liberal of a statement to appear in biographies! It is also an example of how the Republican Party of his day was comprised of representatives who favored a liberal agenda, especially the very liberal idea of his time of abolition of slavery. Yes I'm saying President Lincoln was a liberal. Few biographers or historians will touch the issue of the liberal and conservative divide of Lincoln's time. That would be bold and result in losing book sales to nearly half the population of readers, who would hear about this partisan statement.

No Lincoln comments. Pick a program!