It is not an individualistic purpose driven life and there is one meaning of life and it comes from what drives us and it is inescapable and it is shared first by our entire cosmos and second by all life forms that repeat the patterns of the mechanisms needed to become who we all are. It really is:

The Meaning by Our Actions in Purpose of the Existence of Life!

In fantastic numbers, we are intrinsically connected and incredibly diverse. Now we see a reflection and it is all of our mass in motion in a beautiful and violent ballet ending with a new beautiful beginning.

The time of assumptions nears its end as the answer to the greatest question we have ever pondered is now becoming visible.

Update 12/21/2016: I have changed my mind. The whole goal, of all of life, for all of us thinking species, is to eventually reach a point in society when we can all choose to sit on our asses all day. That’s the whole legacy. It is likely that when humanity succeeds in this purpose of life, the little futuristic brats will be completely ungrateful. But that's how it is supposed to be. Sh*t! 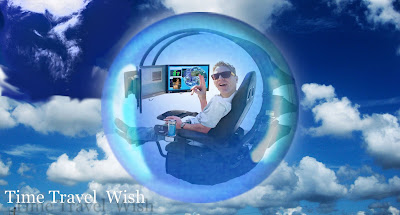 the author after this MASSIVE realization -  25 months after writing this essay! Amazing.

However, this achievement of an ass sitting utopia will produce creative innovations that will be amazing. Like having bubbles to float around in while ass sitting as our careers. I’m pretty sure Hollywood has already portrayed this society in an animation movie called Wall E (or something).

This is a massive realization. Imagine, after all these centuries of philosophizing, that being able to choose to do nothing is the goal of all the activity? Too much and not what our fathers told us. Let's deny this. 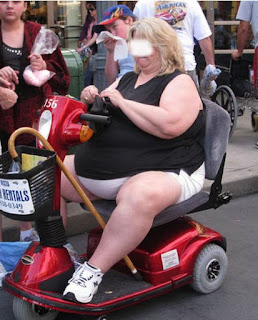 Someone else who apparently was trying to achieve the true and fantastic real meaning of life (ass sitting), but somehow became a healthcare and medical devices jobs creator.

This epiphany is huge! A pun not intended until just now.

Kidding! The three paragraphs above were a complete joke to get someone to read about the real meaning of life. Or was it?

The essay has not begun. 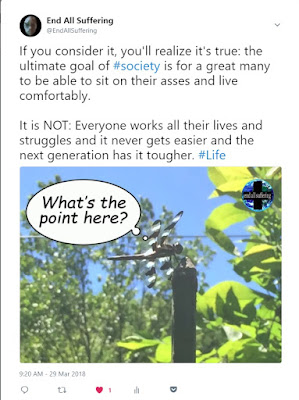 
In the constant motion of the universe that is effected by gravity and energy from its violent beginning, all mass, both of the astronomical and of the biologic born from it is proceeding through our spacetime with purpose. All mass is moving toward a violent and unstoppable transformation that ends with the creation of a legacy as a new universe of new life. We have a choice to watch and marvel and to participate in this transformation or we can stand seemingly still on this ball of rock and continue to describe ourselves grandiosely. A perspective we are very used to as if we are separate and superior to the unstoppable mass in motion that created and sustains us. In the vastness of the universe’s splattered and coagulated webbing of an ocean of galaxies and in the rapidly moving swirls of the seas of billions of solar systems within them, in the cytoplasm in each cell of living matter, programmed by billions of years of adapting by reacting to the forces of nature, lies a distinct collection of electrical activity that’s sum as a feeling only, nags at the subconscious of each human throughout their lives.

This muffled activity speaks to all life. For complex life like humans it may take decades to realize that it is themselves and that it is only biological. Its message is not supposed to be in our language, or as audio, because it never needed to be. However, it is visible to those who step-away and can then see the big picture. It communicates an ancient and essential message.

Also by the author: Before More Come at http://JamesGrayMason.com


Also by the author: In the Midst of a Swarm of UFO’s in an Interstellar Gold Rush