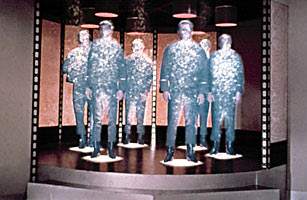 This became an essay in futurism that is really an essay in hope due to confidence due to observation of human adaptation and resourcefulness in using all that is in our environment. I go for the BIG SALVATION answers often and this essay became one of them: Money as the basis of all our evil deeds and our biggest future challenge. What to do about it!

The quantum teleportation that Anton Zeilinger hypothesizes is the beginning of molecular transport. That ability to send immense and secure and unchangeable data in the form of the information of the atomic level of understanding of matter, waits beyond and hopefully soon because the world needs this big answer.

Graphic below via Wikipedia: A channel of information and primarily conceived of (now) as a communication (ultimate security) tunell of instantaneous transport of information. I say, waiting for innovation to turn that information into any carbon based object living or inanimate. 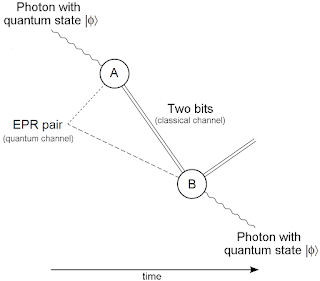 I wish that he would get together with Don Eigler (physics of nanometer-scale structures) and realize the potential in utility to solve the Earth's transportation of food, first. Then further great changes like: the elimination of money in societies one by one as MTP pads are installed. 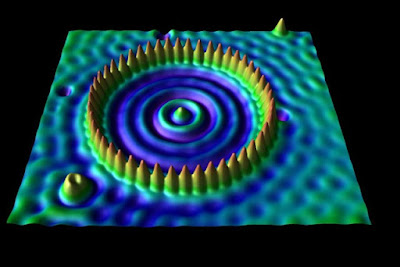 Yes those are atoms (above). Assembled artificially with a tunneling microscope run by a computer program. Nearly 12 years ago. How much further now? Links below.

Molecular Teleportation pads; direct quantum information tunnels that send immense quantum packets of molecular data. I am saying: all of the information we can collect to the most finite degree of any caron assemblage that anyone would want - as in depth as the atomic structure of any carbon based object. Plant life, real meats you name it, directly to homes and distribution centers. Money becomes something to stuff in your walls for insulation.

At home the receiver gets a gourmet meal in seconds. A football for his son. A perfect replica of a full set of crystal champagne glasses. A new iholophone, they name it.

The Foreseen Industry of the Elemental Block:

Nothing is created from nothing. The elements we build and grow all that we need are here. We have found them. Processing plants can use large MTPs that gather our elements from throughout the world using worker aerial drones that pick-up what they need and deliver them back to Block processing refineries (very future high tech form of farming). Those refineries employ millions. They would send Elemental Blocks using larger industrial MTP platforms to the (Trekian) Replicators that are quantum connected to a block distributer. Dig, a home or industrial replicator needs this matter to “print,” all formed matter.

Each replicator will have enough Elemental Block leftover, always, to transform the data for a new (refill) Elemental Block, since much of the matter needed for transformation can be withdrawn from the space we live in. The oxygen, the water, minerals in our environmental air, many gasses, a cup of dirt from the backyard may be needed now and then. The replicator will tell if you need to do that. Technicians will enjoy employment servicing them. A customized block for your household can be achieved. One that contains your average elemental use. Just don't make too many luxury cars.

However the questions start; who pays for the initial labor that must be capitalistically exploited to begin production of everything? Like, who builds the aerial drones that collect elements? Who finds the elements?

Answers; we begin an investment in each of these technologies. We invest in new young scientists. We invest in education like never before. We have to do this. We use the money we have left, we put an expiration date on all of our cash and gold and anything we have used abusively in our past. That date on that cash is good for a trade up to the day with our replicators are ready. At first, that replication may be a large industrial unit at your local grocer. Later, on the street corner. Later, in every modern home. Later, in the center of every village and town on Earth. 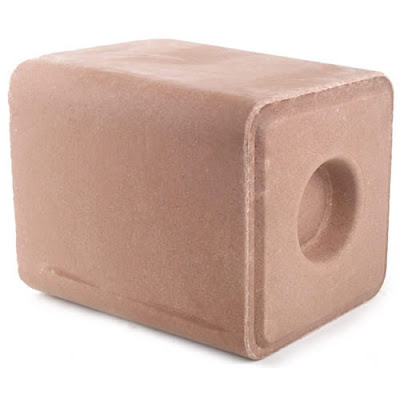 In a quasi utopian (Trekian) society where all have whatever they need and most get what they want can all then sit on our asses and invent things! We can choose our fields and change our careers and educate ourselves beyond our wildest dreams with the time we have purchased by becoming a society that does not care about money.

We’ll find out who our geniuses really are, how many of them must have been passed over by society in our past. We’ll find our creative geniuses. 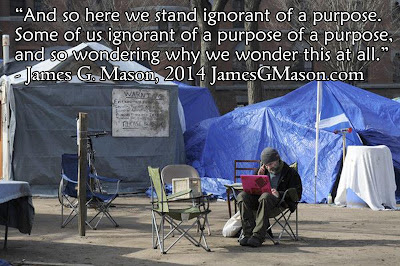 We’ll discover amazing things about all of nature and the cosmos when many of us had previously thought there was little else to find - because many more of us will have the time to slow down and observe and think and find themselves.

We will give thanks to both quantum technology and atomic reconstruction technology, that’s combined science allows the technology of 3D printing to soon become our home Replicators.

It’s all coming together folks. Get ready for a hopeful future brought to you by Gene Roddenberry and all writers of the futuristic and DREAMING and HOPING (yes I yelled at you).

Yaayy, after that we can all sit on our asses - more often!


Update: 30 minutes later: Shit. This is a great idea but also a great way to hollow out every planet in every system near us, making elemental blocks for our replicators to always have MORE STUFF. Shit. Back to money.

Block Wars VII The Replicators Awaken, coming to a paid streaming service near you. 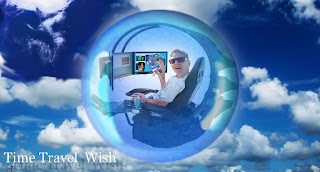 Inspired by listenting and reading: Dance of the
Photons by Anton Zeilinger:
https://www.amazon.com/Dance-Photons-Einstein-Quantum-Teleportation/dp/0374239665/ref=sr_1_1?ie=UTF8&qid=1483052335&sr=8-1&keywords=dance+of+the+photons

Don Eigler: Lift: http://www.nanotech.upenn.edu/news_images/don_eigler.html “Don Eigler is a physicist who has specialized in the development and use of low temperature scanning tunneling microscopes. His research is aimed at understanding the physics of nanometer-scale structures and exploring the applications of nanometer-scale structures to computing.” Wicki lift: Quantum teleportation is a process by which quantum information (e.g. the exact state of an atom or photon) can be transmitted (exactly, in principle) from one location to another, with the help of classical communication and previously shared quantum entanglement between the sending and receiving location. Because it depends on classical communication, which can proceed no faster than the speed of light, it cannot be used for faster-than-light transport or communication of classical bits. While it has proven possible to teleport one or more qubits of information between two (entangled) atoms,[1][2][3] this has not yet been achieved between molecules or anything larger. Although the name is inspired by the teleportation commonly used in fiction, there is no relationship outside the name, because quantum teleportation concerns only the transfer of information. Quantum teleportation is not a form of transport, but of communication; it provides a way of transporting a qubit from one location to another, without having to move a physical particle along with it.