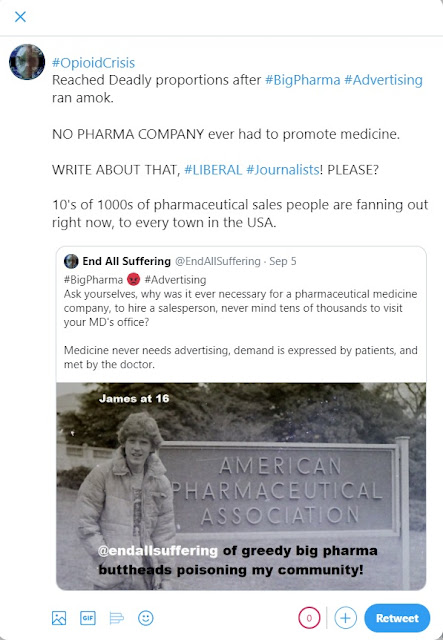 I don’t bitch about something without having an answer to the problem. Here is a solution which can stop the conflict of interest, and the appearance of conflict of interest: Stop all daily sales representative traffic. Hold a monthly conference (like an indoor boat show) where sales representatives can swarm in with all their goodies like parachuters on D-day and have great access to the health care professionals of your hospital. Agree on one rule: for instance gifts to walk away with should be no larger than a football. Hospitals and health care products companies can collaborate to make this monthly event a great day. Convince the drug companies to foot the bill (it would really be in their interest). Lilly can set up a carousel for the children. Roche can hire a band. Glaxo Smith Kline can supply food, and etcetera. A fun day for all with unmatched corporate sales access that the patient does not have to see. Imagine the capitalism, United States corporations winning over clients because they have a better product than the other corporations. That sounds familiar.
Posted by James Mason at 3:36 PM No comments: