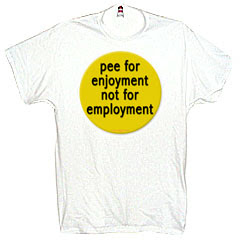 Drug testing is a slippery slope. If we all sit idly by while this widely-accepted invasion of privacy continues unchallenged, then the genetic traits of you and your family will become the next accepted form of invasion used to discriminate.
Posted by James Mason at 12:15 PM